Why do we get angry? Hints for conflict de-escalation

Understanding anger – its causes and what it’s masking – is key to knowing how to manage it (yours and someone else’s) and de-escalate a situation before it erupts. Here are some of the steps required

Why do we get angry? Hints for conflict de-escalation 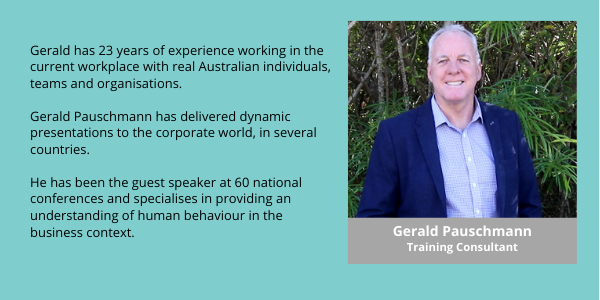 When someone wants you to describe hostility or violence, it conjures up some wild images and thoughts in our minds.

Think about a confrontation between two adults. Think of one as a disgruntled customer and the other as a service provider. It doesn’t matter whose side you are on, what matters is how these people handle the confrontation. No doubt, as we sit on the sidelines and call out who is in the right and who was in the wrong, the main point is how each person adopts the three R’s: their natural Reflexes, Reactions and Responses.

As a starting point we should figure out why both people in the confrontation needed to act this way.

To put it in a real-life situation, if you are that service provider or the confronting customer, neither of the parties will have time to step back and ask themselves, "what's really going on here – what is the reason I need to behave like this?”.

Let’s jump back to us for a moment. It's our reaction that's important, not what the other person actually did. A situation just "is" until you give it meaning.

Something happens and you make the decision (whether you're conscious of the decision or not) as to whether it's "good", "bad" or "neutral". And that decision is often based on an emotional response, so we just need to figure out why we are choosing anger as our response.

Where is that anger coming from?

Anger can be a tricky emotion because it's often covering up other issues.

Anger is used as a mask. It covers up true feelings like fear, jealousy, frustration, or annoyance. It is a way of dealing with a situation when you have not processed the real feelings behind it.

There's always something behind anger; anger doesn't come by itself; it’s always attached to another emotion. In that sense, anger could be thought of as an intermediate emotion. Something happens, the brain doesn't have time (or doesn't want) to fully process the situation and it needs a reaction, so anger is what's used until there's sufficient time to examine everything in more detail.

For example, if you are in a car and the driver is behaving in an erratic way such as constantly changing lanes, tailgating and speeding, your immediate emotional response is fear, and then you lash out at the driver yelling at them to SLOW DOWN.

To help you figure out what true emotions might be behind your anger, here are just a few reasons and emotions that could be happening:

During the workshops and seminars I conduct, we unpack each of these and give specific examples and situations to identify the need for them.

Why would you as a passenger in the car lash out verbally and potentially become physical with the driver?

There could be a lot of different things happening behind your anger. Right now, you were just reacting on automatic pilot to the situation that was unfolding right in front of you. Something is happening and the first emotion you felt was anger, so you just went with it and did not really think about it or choose how the driver was going to respond.

Often when you gain an awareness of why you're reacting the way you are, you no longer respond that way. You've acknowledged the emotion behind it all and you no longer need to react that way. You understand it and you choose a more effective response for yourself.

How to deal with anger-powered confrontations

I bet right now it can be rather scary when you get so angry at people. As though you're not in control, the emotion is. So, that's what you're learning, you're learning to apply your emotion as a tool you use, rather than letting the emotion control you. It just takes a little practice and you'll soon be the master of your emotions – instead of the other way around.

For most people, feelings of anger don’t last long-term and pass once the situation is resolved or the trigger is removed. However, for others, these feelings of anger are a part of their day-to-day life and can be linked to stress and anxiety.

There are always choices we can make when confronted with a hostile and potentially violent person:

Now if you are finding yourself constantly ‘arguing’ your logic to your customer or getting frustrated, here are three things I would suggest you do:

Here is a great quote from Buddah: “Holding on to anger is like grasping a hot coal with the intent of throwing it at someone else; you are the one who gets burned”.

To book a session on ‘De-escalation or handling conflict in difficult situations’ with Gerald, contact Patricia Paolini, Business Development Manager – Peak Training on ppaolini@wearepeak.com.au or call 0407 966 716.