Coming up: Legends of League game in Blackwater

We're proud to be part of this initiative to support regional and remote communities.

Coming up: Legends of League game in Blackwater

Following the success of the International Legends of League (ILOL) games held in Cherbourg last year, we have since made a two-years commitment to support a number of ILOL games held in communities across Queensland.

Thornlands, part of Redland City Council, hosted a game in November last year and it was great to see the community so involved and enjoying the event. Coming up on 6 February is the next game, this time in Blackwater. We are excited to be part of bringing these games to Queensland, providing economic and social benefits to the Central Highlands and Woorabinda communities.

The main focus of these events is a game of rugby league played between Australian Legends and a local Region & District Allstars Legends team. ILOL players are former State of Origin and Australian representative players with very high public profiles. They use prominent ex-players across the four-day event for greater impact in the community when delivering messages on anti-bullying, social media, and mental health, and also to engage a bigger audience so each community can maximise its income potential.

If you would like to learn more about our Community Sponsorships Program, contact Jessica Jones, Director - Business Development on 0455 081 848 or jjones@wearepeak.com.au 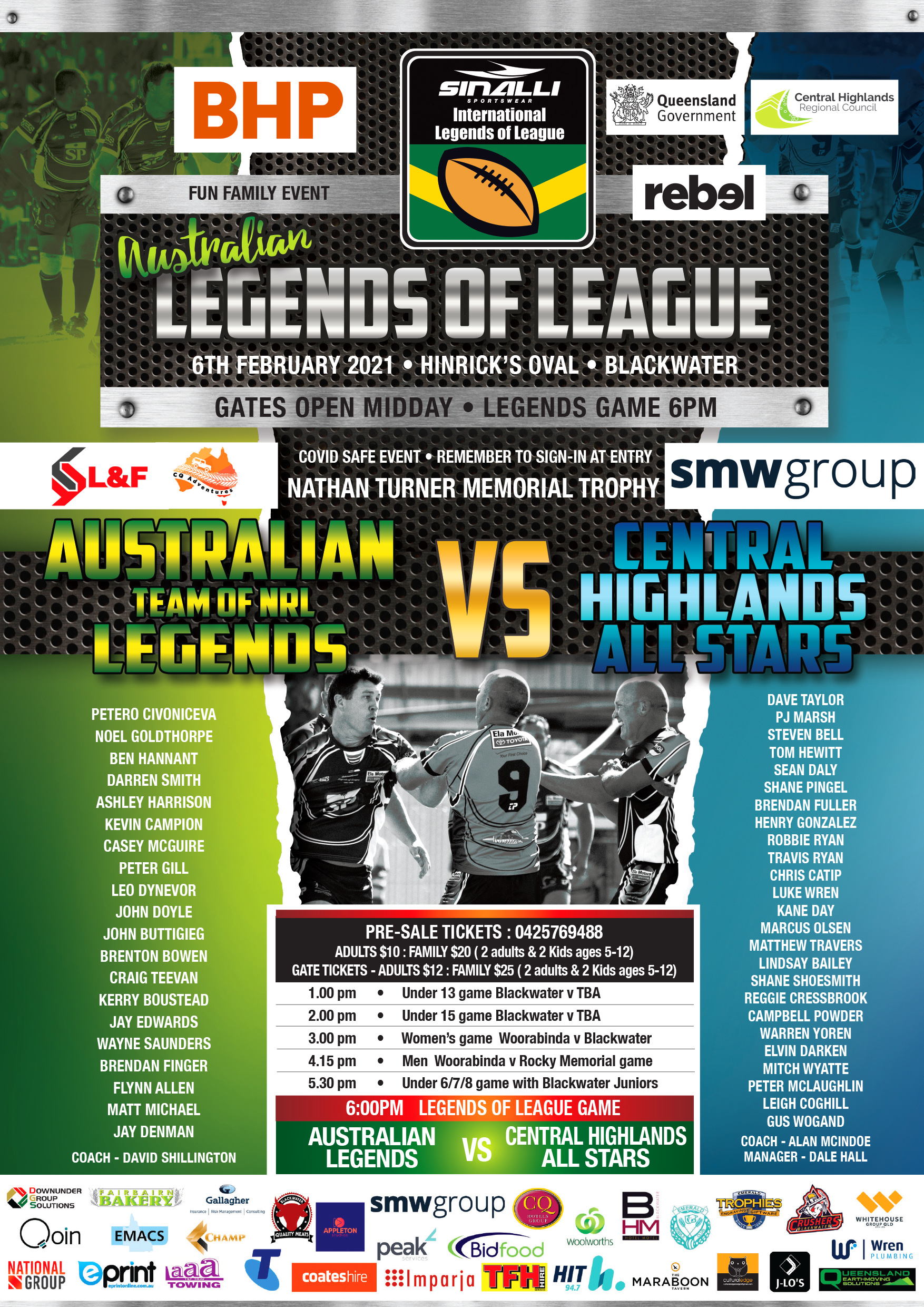